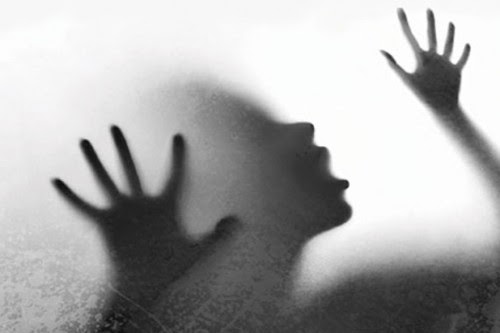 Ethiopia is estimated to have one of the highest rates of violence against women in the world. A report by the UN found that nearly 60% of Ethiopian women were subjected to sexual violence. Rape is a very serious problem in Ethiopia. The country is infamous for the practice of marriage by abduction, with the prevalence of this practice in Ethiopia being one of the highest in the world. In many parts of Ethiopia, it is common for a man, working in co-ordination with his friends, to kidnap a girl or woman, sometimes using a horse to ease the escape. The abductor will then hide his intended bride and rape her until she becomes pregnant. Girls as young as eleven years old are reported to have been kidnapped for the purpose of marriage. Also the Ethiopian military has been accused of committing systematic rapes against civilians.
9. Sri Lanka 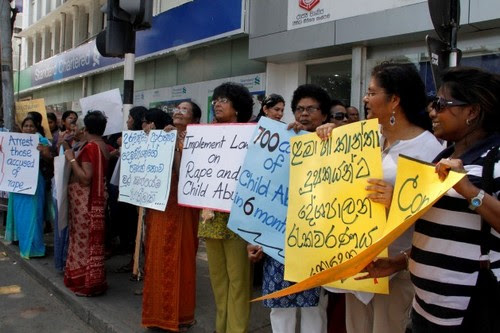 Sri Lanka’s security forces are still raping and torturing suspects. There have been recent allegations that rape and torture by the Sri Lankan security forces have continued four years after the civil war ended. The UN Multi-country Study on Men and Violence found that 14.5% of the sample of Sri Lankan men had perpetrated rape at some point in their lives. 4.9% had raped in the past year. 2.7% had raped another man. 1.6% had took part in a gang rape. 96.5% of the men who had raped experienced no legal consequences. 65.8% didn’t feel worried or guilty afterwards. 64.9% of rapists had raped more than once, and 11.1% had raped four or more girls or women.
8. Canada 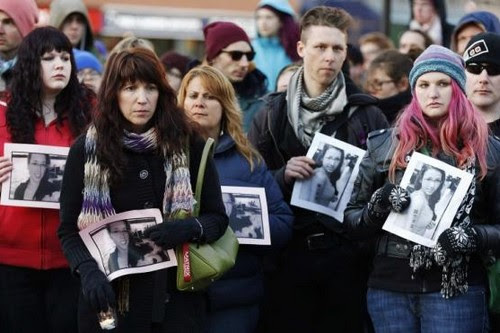 It is an Amercing continent and the total reported cases of rape in this country are 2,516,918. These are only six percent of the total rape cases. It is reported that over one in three women had experienced a sexual assault and that only 6% of sexual assaults were reported to the police. According to Justice Institute of British Columbia, one out of every 17 women is raped, 62% of rape victims were physically injured, 9% were beaten or disfigured.
7. France 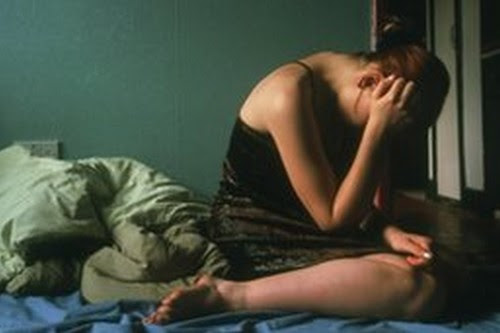 Rape was not a crime in France until 1980. Laws reinforcing women’s rights and safety are relatively recent in France. The law making rape a crime dates back only to 1980. Earlier decrees were based on 19th century moral codes. A law on sexual-harassment was approved in 1992 and one on moral harassment was passed in 2002. The last bill to fight violence against women was passed last year. Government studies show there are 75,000 rapes a year in the country. Only about 10 percent of the victims filed complaints. France is at the 7th position with the total reported crime of 3,771,850.
6. Germany 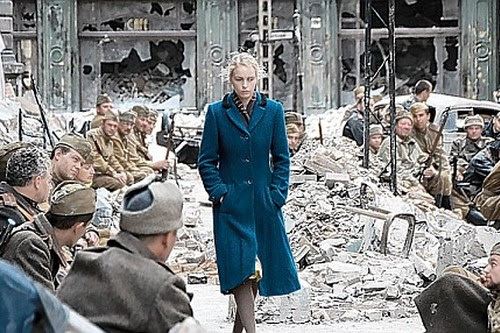 An estimate of 240,000 women and girls has died up till now in Germany because of this crime. Germany is on the number six in the highest rape crime with the figures of 6,507,394 in this year which is really a big figure. German Catholics have allowed the morning-after pills for the victims. The country moving forward in technology is actually moving really backward in humanity.
5. United Kingdom 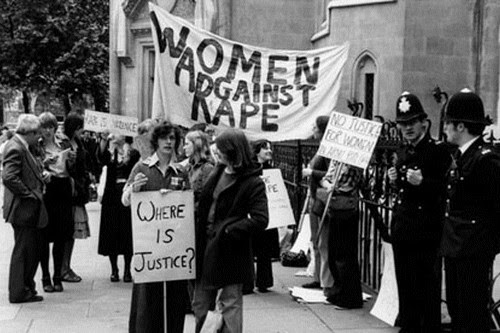 Many people wish to live or even visit UK as it is one of the most developed countries. But they surely must not be aware that this country is also involved badly in the crime of rape. In January 2013, the Ministry of Justice (MoJ), Office for National Statistics (ONS) and Home Office released its first ever joint Official Statistics bulletin on sexual violence, entitled An Overview of Sexual Offending in England and Wales. According to report: Approximately 85,000 women are raped on average in England and Wales every year. Over 400,000 women are sexually assaulted each year. One in 5 women (aged 16 – 59) has experienced some form of sexual violence since the age of 16.
4. India 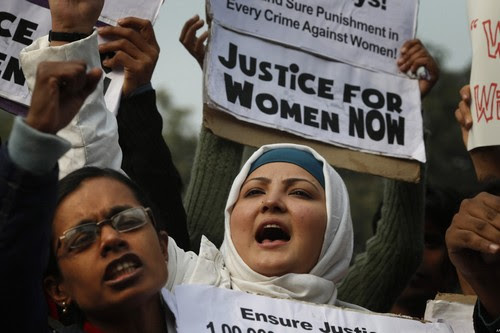 India is the place where sexual assault is rapidly increasing. Rape in India is one of India’s most common crimes against women. According to the National Crime Records Bureau 24,923 rape cases were reported across India in 2012, but experts agree that the number of unreported cases of sexual assault brings the total much higher. Out of these, 24,470 were committed by parents/family, relatives, neighbors and other known persons implying that , men known to the victim committed 98 per cent of reported rapes. The latest estimates suggest that a new case of rape is reported every 22 minutes in India.
See also; 10 Curious Scandals of Indian Swamis.
3. Sweden 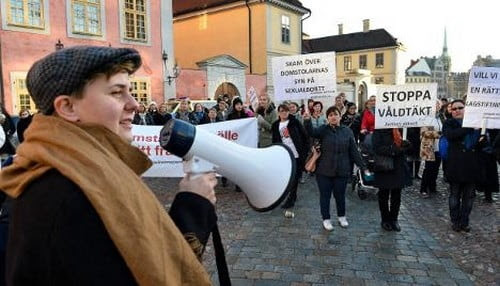 Sweden has the highest incidence of reported rapes in Europe and one of the highest in the world. One amongst every four women comes out to be the victim of rape in Sweden. By 2010, The Swedish police recorded the highest number of offences – about 63 per 100,000 inhabitants. The country has third-highest rape crime in the world. In 2009 there were 15,700 reported sexual offenses in Sweden, a rise of 8% compared to 2008, of which 5,940 were rape and sexual harassment (including exhibitionism) accounted for 7,590 reports. In April 2009, it was reported that sex crimes had increased by 58% over the previous ten years. According to a 2009 European Union study, Sweden has one of the highest rates of reported rape in Europe.
2. South Africa 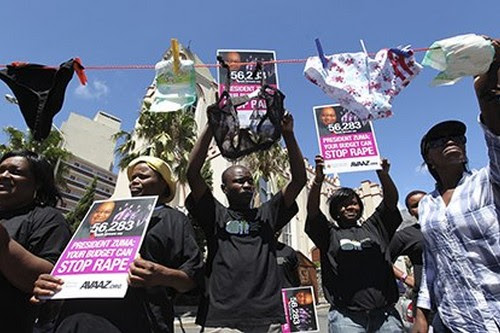 The country has one of the highest rates of rape in the world, with some 65,000 rapes and other sexual assaults reported for the year 2012. The incidence of rape has led to the country being referred to as the “rape capital of the world”. One in three of the 4,000 women questioned by the Community of Information, Empowerment and Transparency said they had been raped in the past year. More than 25 per cent of South African men questioned in a survey published by the Medical Research Council (MRC) admitted to rape; of those, nearly half said they had raped more than one person. Three out of four of those who had admitted rape indicated that they had attacked for the first time during their teens. South Africa has amongst the highest incidences of child and baby rape in the world. If the rapist is convicted, his prison time would be around 2 years.
1. United States 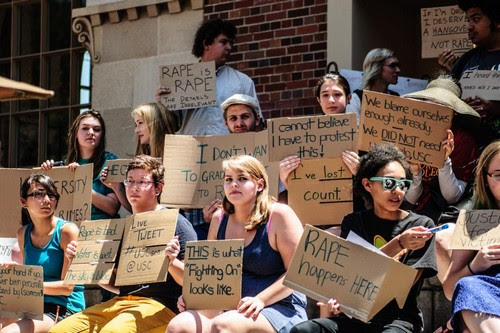 The super power of the world is at the first position in the race of rapes. Males are majorly the rapist holding a proportion of 99%. Out of all the victims, 91% are females while 9% are males. The U.S Bureau of Justice Statistics states that 91% of rape victims are female and 9% are male, and nearly 99% of rapists are male. According to the National Violence Against Women Survey, 1 in 6 U.S. women and 1 in 33 U.S. men has experienced an attempted or completed rape in their lifetime. More than a quarter of college-age women report having experienced a rape or rape attempt since age 14. Out of all, only 16% of the total cases are reported. Outdoor rape is not common in USA rather most of the rape cases takes place inside homes
https://en.wikipedia.org/wiki/Rape_in_the_United_States
And TOP 10 COUNTRIES WHERE RAPE IS HIGHEST ARE IN NO#1
http://www.wonderslist.com/10-countries-highest-rape-crime/
Posted by Pradeep Singh at 9:03 AM No comments: