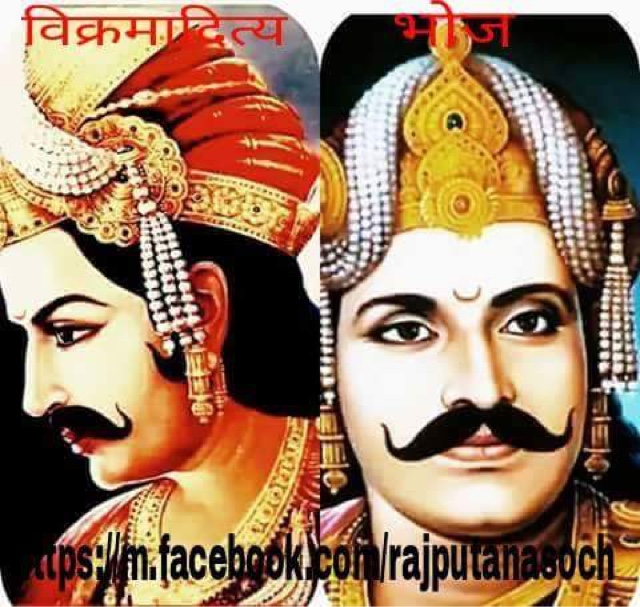 Homo Sapiens ie we , our DNA shows that we are here from 30, 000 B C E . All our History of Vedic period or later called Hindu civilization by invaders to Bharat varsha is not older than 30, 000 B C E . earliest signs of civilization detected so far goes back to 17000 B C at Poompuhar off the coast of Tamil Nadu. The oldest site known as cradle of civilisation so far was gobekli tepe in turkey dates back to 13500 B C . but recent two major ancient city finds in gulf of khambhat and 5 km in the sea off the poompuhar coast in Tamil Nadu were built 19000 years ago and dates back to 17000 B C and another couple of millennium went in to reaching that level of architectural expertise in Indian civilisation . these cities went underwater after sea levels rose by 400 feet in 17000 b c

Posted by Pradeep Singh at 7:57 PM No comments:

Rani Rudramma Devi -- A Great Warrior-Ruler of the Kakatiyas
Rani Rudhramadevi was one of the most prominent rulers of the Kakatiya dynasty in the Deccan Plateau, being one of the few ruling queens in Indian history. Queen Rudramma Devi remains as one of India's most important woman and very few female rulers in south India for all time. Rani Rudramma Devi ruled from 1261 or 1262 until 1295 or 1296.
Ganapathi Deva Maharaju (1199-1261 AD), one of the most key Kakatiya rulers, gave a masculine name to his daughter Rudramma Devi, calling her "Rudra Deva", owing to her impeccable administrative abilities in performing royal duty. She was a revolutionary ruler. She encourgaed foreign visitors and messengers to visit the kingdom. She was a brilliant administrator, noble ruler, and warrior Queen. After her victory over the Yadavas, she took the title Rajagaja kesari (which had also been held by her illustrious father). Visitors such as Marco Polo spoke of her enlightened rule, happy subjects, and palace’s splendor. Though being groomed for military exploits and statecraft, Rudramba is not remembered as a patron of the arts, the unique Kakatiya style of sculpture is nevertheless traced to her reign.

Indian History needs to be rewritten

The western progressive account of history is quite flawed. For example, the first civilizations of the ancient world that we can document–including Egypt, Sumeria, India and China–did not regard themselves as the first but were aware of many cultures and kingdoms before them, particularly prior to a great flood. The civilizations that we regard as the first saw themselves as very old with many antecedents! Yet we pretend that there was nothing before them! In addition, the civilizations of the Third Millennium BCE, like those of Egypt and Harappan/Sarasvati India, had better urban and architectural achievements than those that followed for many centuries. Even Europe had its Dark Ages after the Roman period in which much knowledge was lost. This idea of history as linear progress is clearly not the case. While humanity has progressed scientifically, this is mainly over the past five hundred years. On the other hand, we see a spiritual decline since ancient times, and over the last century we can note a decline in culture, art, music and philosophy in Europe itself, coinciding or even caused by great advances in science.
As India is the only civilization of antiquity to survive the onslaught of time, it is the special responsibility of Indians to discover not only their history but also that of the entire ancient world. Just as there are unquestioned distortions of ancient India, similar distortions of other ancient cultures also exist. For example, the religion of ancient Egypt, which like that of the Vedas demonstrates much occult and spiritual significance, is similarly dismissed as polytheism, idolatry or henotheism (worshipping different Gods as the supreme God), exactly like the Vedas. Revamping the way history is taught in Indian schools would be a major step in the direction of a more authentic and spiritual sensitive history of the world. It is a scientific and spiritual imperative, not only for India but for all countries.

Hinduism and the Clash of Civilizations by David Frawley (Vamadeva Shastri)

Link is here
Posted by Pradeep Singh at 11:02 AM No comments:

Email ThisBlogThis!Share to TwitterShare to FacebookShare to Pinterest
Labels: REAL HISTORY OF INDIA

Email ThisBlogThis!Share to TwitterShare to FacebookShare to Pinterest
Labels: HISTORY WAS WRONG, REAL HISTORY OF INDIA