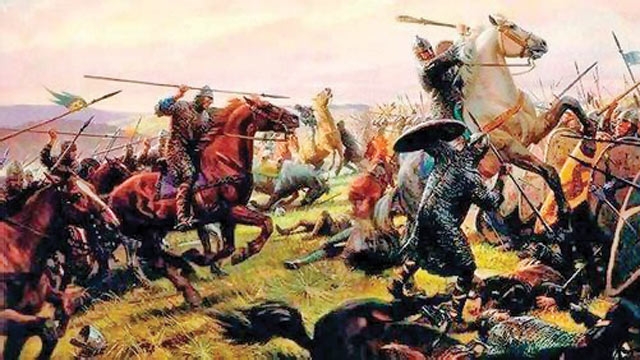 The name ‘Jaichand’ is today synonymous with treason and treachery. As history tells us, he was initially allied with Prithviraj Chauhan, the ruler of Delhi and north India. This grand alliance, along with some other prominent Rajputs, had enabled Prithviraj Chauhan to crush Mohammed Ghori in the First Battle of Tarain (1191). After the battle, instead of nipping the threat in the bud, Chauhan allowed Ghori to retreat and escape. And that is the point from where things started going from bad to worse. Historians are divided as to what exactly transpired in the one year after the first battle of Tarain. The most popular account is about how Jaichand, the ruler of Kannauj, was unwilling to give his daughter’s hand in marriage to Prithviraj Chauhan, and this then snowballed into a political rivalry. After this, even a few battles were fought between the armies of Prithviraj Chauhan and Jaichand, and in the process Prithviraj lost some of his best generals.
Meanwhile, Mohammed Ghori, still smarting from his defeat, planned extensively for a second invasion. Prithviraj Chauhan cobbled up an alliance to face him, like he had the first time. Jaichand, the powerful ruler of Kannauj with a rich city like Varanasi under him, refused to help. Some chronicles state he actively helped Mohammed Ghori. In the Second Battle of Tarain, the depleted forces of Prithviraj Chauhan were defeated and the ruler of Delhi killed.
That is what history is. Popular knowledge ends with the Second Battle of Tarain. There are some very obvious lessons to be learnt here. But perhaps the bigger lesson lies in knowing what happened to Jaichand a mere two years after staying aloof from the battle that killed Prithviraj Chauhan.
One would believe that for staying away from Tarain he must have been justly rewarded by Mohammed Ghori, the new ruler of Delhi. If not anything else, at least some kind of alliance? A peaceful old age and long-running dynasty for sure? Jaichand, we must remember, ruled over a vast area, stretching from today’s Kannauj to Varanasi. Certainly, if his presence or rather absence decided the battle, he cannot have been an unimportant person. His kingdom included today’s eastern Uttar Pradesh and western Bihar, including the holy city of Varanasi. With the demise of Prithviraj Chauhan, Jaichand automatically became one of the most powerful rulers in north India. But Jaichand’s name is no longer found in history, and India’s history from 1192 takes a definitive turn.
Mohammed Ghori returned to his domains beyond the Khyber Pass, and left Qutubuddin Aibak to ‘settle matters’ in the newly conquered territories. He battled at Delhi and Ajmer, and finished the remnants of Prithviraj Chauhan’s army. Then he turned towards modern day Meerut and Aligarh, areas under the influence of Kannauj and Jaichand. Next in line was Kannauj itself! At this point, Mohammed Ghori once again descended from the Khyber Pass and joined Qutubuddin Aibak. Together, they attacked the person who had aided them just two years before! Jaichand, now fighting all alone and for himself, put on his armour and led his army out of Kannauj.
Somewhere in the region between Kannauj and Etawah, at a place called Chandwar (near modern Firozabad), the two armies clashed. A pitched battle was fought, but in the intervening three years, Mohammed Ghori had increased his army’s size manifold. Even so, Kannauj fought well until an arrow felled Jaichand — and Ghori had a clean sweep of this battlefield too.
A contemporary chronicle, Tarikh e Firoz Shahi, states that Jaichand’s head was presented to Ghori and Qutubuddin Aibak after this battle. Jaichand’s son then prepared to defend Kannauj, but Mohammed Ghori instead made his way to Varanasi. The holy city on the banks of the Ganges was also an important financial centre for the kings of Kannauj. Pillaging and destruction of the city followed. Ghori also occupied the fort of Asni. It is said that Mohammed Ghori, at the end of this campaign, returned with a loot that had to be carried on 1,400 camels!
As for Kannauj, it was once the principal cities of ancient India. Even at the time of Jaichand, it exerted considerable clout. Following his death, the kingdom shrunk to just the size of the city and merely a few years later, Iltutmish finished the remnants. As an ex-KGB spy would say, Jaichand perfectly fit the bill of a “useful idiot”.
The writer is the author of Brahmaputra – The Story of Lachit Barphukan and Sahyadris to Hindukush
Posted by Pradeep Singh at 8:42 PM No comments: 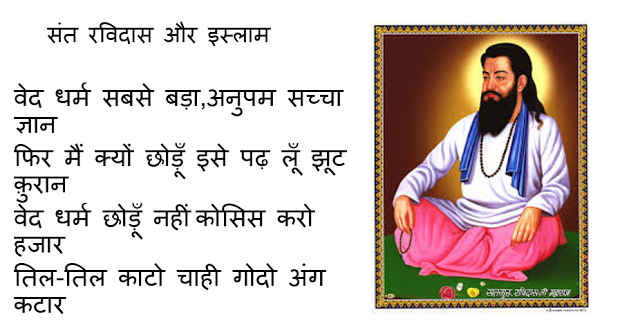 Posted by Pradeep Singh at 11:57 AM No comments: 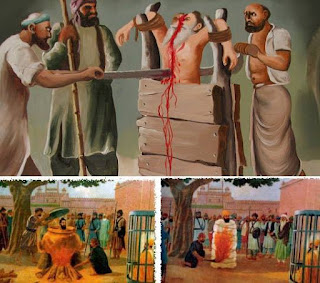 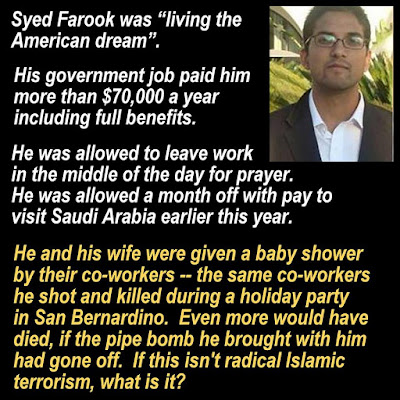 From what we know so far, it seems unlikely that the prime suspect in the San Bernardino shootings had any kind of legitimate workplace grievance. He had also been in contact with international terror suspects being watched by the FBI.
http://graphics.latimes.com/san-bernardino-shooting/
Posted by Pradeep Singh at 6:06 PM No comments: Do not let Islam come to USA and do mistake like India.

YOU CAN SAY ALL YOU WANT ABOUT MUSLIMS AND QUOTE MANY EVIL VERSES. THIS MY FRIENDS IS THE DEFINITIVE. YOU HAVE THREE CHOICES WITH ISLAM CONVERT, PAY JIZYA OR DIE.
I SAY WE HAVE A FOUR OPTION. RUN THEM OUT OF OUR COUNTRIES BEFORE IT IS TO LATE
THOSE WHO STANDS WITH ME, LIKE AND SHARE. THOSE THAT DON'T PREPARE FOR PRAYER RUGS, EMPTY BANK ACCOUNTS OR COFFINS. YOUR CHOICE.
Muslim (19:4294) - "When you meet your enemies who are polytheists [Christians...], invite them to three courses of action. If they respond to any one of these, you also accept it and withhold yourself from doing them any harm. Invite them to (accept) Islam; if they respond to you, accept it from them and desist from fighting against them ... If they refuse to accept Islam, demand from them the Jizya. If they agree to pay, accept it from them and hold off your hands. If they refuse to pay the tax, seek Allah's help and fight them" Non-Muslims are intended to be subordinate to Muslims. 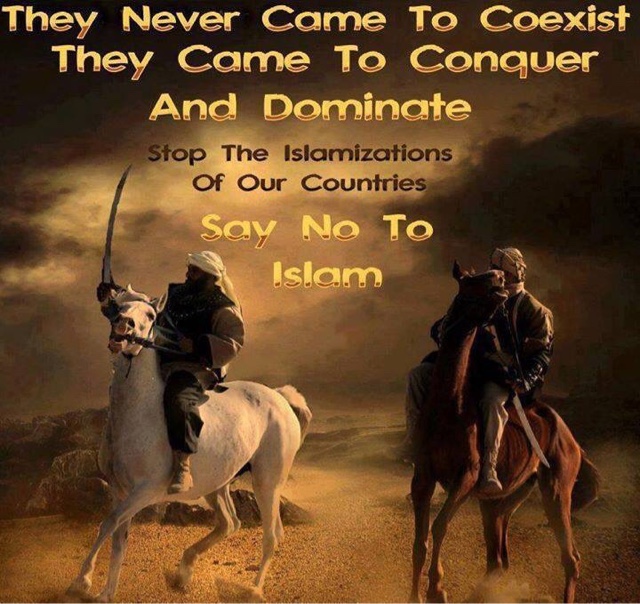 Posted by Pradeep Singh at 4:58 AM No comments: