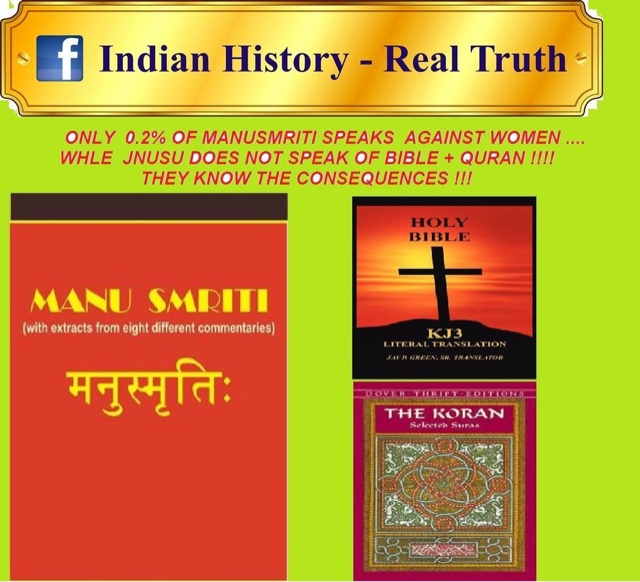 
[i] Read Congregation for the doctrine of the faith: Instruction on prayers for healing published from Vatican
[ii] Ref. The final Verdict by Aroup Chatterjee
[iii] Popular Christianity in India: Riting between the Lines edited by Selva J. Raj, Corinne G. Dempsey.Page 129
[iv] Vatican hid Pope's Parkinson's disease diagnosis for 12 years: News published in The telegraph, Rome on 19 Mar 2006
[v] Pulliam Bailey, Sarah (25 March 2015). "Televangelist Benny Hinn has been admitted to the hospital for heart trouble" The Washington Post.
[vi] सप्तम समुल्लास
[vii] Religious cleansing of Hindus,Dr. Koenraad ELST, speaking in The Hague, 7 Feb. 2004, at the Agni conference on the persecution of Hindus in various countries.
[viii] The Niyogi committee gave the following recommendations:[2]
(1) those missionaries whose primary object is proselytisation should be asked to withdraw and the large influx of foreign missionaries should be checked;
(2) the use of medical and other professional services as a direct means of making conversions should be prohibited by law;
(3) attempts to convert by force or fraud or material inducements, or by taking advantage of a person’s inexperience or confidence or spiritual weakness or thoughtlessness, or by penetrating into the religious conscience of persons for the purpose of consciously altering their faith, should be absolutely prohibited;
(4) the Constitution of India should be amended in order to rule out propagation by foreigners and conversions by force, fraud and other illicit means;
(5) legislative measures should be enacted for controlling conversion by illegal means;
(6) rules relating to registration of doctors, nurses and other personnel employed in hospitals should be suitably amended to provide a condition against evangelistic activities during professional service; and
(7) Circulation of literature meant for religious propaganda without approval of the State Government should be prohibited.
[Vindicated by Time: The Niyogi Committee Report](edited by Sita Ram Goel, 1998)
[ix] Biography of Swami Dayanand
[x] M.K. Gandhi, Christian Missions, Ahmedabad, 1941 and Collected Works
[xi] Socio-Religious Reform Movements in British India by K W Jones
[xii] Caste based Discrimination inside church is common practice. Read news published as title “SC Christians Allege Caste Discrimination” in The New Indian Express dated Wednesday, September 30, 2015.
from vedictruth.blogspot.com


Posted by Pradeep Singh at 8:12 PM No comments:

Bible and Quran are same per Pope-Yes indeed

Posted by Pradeep Singh at 8:45 PM No comments:

It was written in Latin during the 13th century AD, and although the origin of the manuscript is unknown, but per story, it was the work of one monk who was sentenced to death by being walled up alive.It begins with the Old Testament and continues with ‘Antiquities of the Jews’ by Flavius Josephus (1st century AD; ‘Encyclopedia Etymologiae’ by Isidore of Seville (6th century AD); a collection of medical works of Hippocrates, Theophilus and others; the New Testament; and ‘The Chronicle of Bohemia’ by Cosmas of Prague (1050 AD).

Posted by Decoding Hinduism at 11:14 AM No comments:

Cover-ups about the Man Believed to be God-Real Story

The Masks of Christ: Behind the Lies and Cover-ups About the Man Believed to be God- Written by western scholer-By LYNN PICKNETT & CLIVE PRINCE
Read more HERE.


Posted by Pradeep Singh at 2:49 PM No comments:

GENESIS IS FULL OF RAPE,MURDER,INCEST AND CHRISTIANS ARE GIVING EXAMPLE OF PURANA(WHICH IS WRITTEN 600 YEARS AGO)

-TRANSLATION-
Christian missionary are in conversion jihad now a days in Punjab.One Pastor -was saying that  Hindu should adopt the teachings of Christ,states  Look Lord Brahma use to drink (THIS IS ACTUALLY ERROR-OF INTERPRETATION- SOM RAS DOES NOT MEAN ALCOHOLIC BEVERAGE AT ALL) .ONE Arya smaji publicist - started citing what is written in SO CALLED HOLY BIBLE-
Are followings-
The Bible says
-See Genesis 19 / 31-36- prophet Hazrat Lot drunk and committed adultery with her ​​two daughters. 31 / 35-40 Hazrat Moses 32, 000 virgin girls allowed to misconduct.
-2 Samuel chapter 11 that David wrote in the mistreatment of the wife of Uriah and Uriah was killed in battle by sending a letter. Logo of the nose, but his sliced ​​chopped Nkk tell others. Mourning! clergy -
-Genesis chapter 9 verse 20-23 Nunh got drunk and naked.
-Genesis chapter 34, the son of Hamor, Shechem, Jacob's daughter Dinah was desecrated and defiled after the proposal was sent to pollute the Jacob took his girl to his home.
-- chapter 38 of the book of Genesis in the Bible are written in verse 17-19 prophet of Judah committed adultery with her ​​widowed daughter in law, Tamar.
. According to the Book of Genesis to the sin of Adam the kindness of the entire world where all humans are sinful Beds? One of the execution of the entire world to forgive the sins of all men Where be the judge? 1 ---

Posted by Pradeep Singh at 7:14 PM No comments: 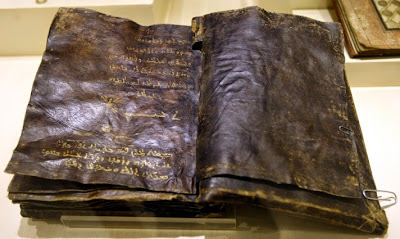 Much to the dismay of the Vatican, an approx. 1500-2000 year old bible was found in Turkey, in the Ethnography Museum of Ankara. Discovered and kept secret in the year 2000, the book contains the Gospel of Barnabas – a disciple of Christ – which shows that Jesus was not crucified, nor was he the son of God, but a Prophet.
The book also calls Apostle Paul “The Impostor”. The book also claims that Jesus ascended to heaven alive, and that Judas Iscariot was crucified in his place. A report by The National Turk says that the Bible was seized from a gang of smugglers in a Mediterranean-area operation. The report states the gang was charged with smuggling antiquities, illegal excavations, and the possession of explosives. The books itself is valued as high as 40 Million Turkish Liras (approx. 28 mil. Dollars). Man, where is the Thieves Guild, when you need them? Authenticity According to reports, experts and religious authorities in Tehram insist that the book is original. The book itself is written with gold lettering, onto loosely-tied leather in Aramaic, the language of Jesus Christ. The text maintains a vision similar to Islam, contradicting the New Testament’s teachings of Christianity. Jesus also foresees the coming of the Prophet Muhammad, who would found Islam 700 years later. It is believed that, during the Council of Nicea, the Catholic Church hand-picked the gospels that form the Bible as we know it today; omitting the Gospel of Barnabas (among many others) in favor of the four canonical gospels of Matthew, Mark, Luke and John. Many biblical texts have begun to surface over time, including those of the Dead Sea and Gnostic Gospels; but this book especially, seems to worry the Vatican. The Catholic Church wants in What does this mean to Christian-derived religions and their followers? Quite a tight spot. The Vatican has asked Turkish authorities to let them examine the contents of the book within the Church. Now that the book has been found, will they come to accept the it and its evidence? Will they deny it altogether? Call it a “Muslim lie”, as did the “Truth” Magazine, in 2000? To many, this book is a beacon of hope, that believers soon realize that the object of their adoration is arbitrary; and that all text, especially religious text, is subject to interpretation. What does this mean to atheists/agnostics/secular thinkers? Is the text real? Fake? Does it matter? Hopefully, this news inspires the religious to ask questions, instead of pointing fingers or believing anything blindly. Please, don’t go poking fun or tossing around the “I told you so!”s. The biggest danger of faith is when people believe what they want to believe, defending against any and all evidence; especially when that evidence revolutionizes their foundation from the ground up. And the biggest culprit to that danger is the ego trap: rejecting/criticizing others, for being unlike you. For centuries, the “defense” of blind faith has driven nations to war, violence, discrimination, slavery and to become the society of automatons that we are today; and for just as long, it has been justified with lies. If you know better, act like it.
Posted by Pradeep Singh at 7:36 PM No comments:

JESUS CHRIST-TRUTH-MARRIED TO MAGDALENE WAS HIDDEN BY CHURCHES.

Jesus 'married Mary Magdalene and had children', according to ancient manuscript

LONDON: An ancient manuscript in the vaults of the British library is all set to change history.
Jesus married the prostitute Mary Magdalene and had children, according to a manuscript almost 1,500 years old unearthed at the British Library.
The so-called "Lost Gospel", which has been translated from Aramaic, allegedly reveals the startling new allegations, according to The Sunday Times.
Professor Barrie Wilson and writer Simcha Jacobovic spent months translating the text, which they claim states Jesus had two children and the original Virgin Mary was Jesus's wife and not his mother.
The writers say they spent six years working on the book. Their arguments are based on an ancient manuscript dating back nearly 1,500 years, one they say they found in a British library, translating the text from an Aramaic dialect into English

Many experts have downplayed the biblical figure's historical importance but, according to the translators of the new gospel, she is of much greater significance than previously thought.
Mary Magdalene already features in the existing gospels and is present at many of the important moments recorded in Jesus's life.

The publisher, Pegasus, has confirmed the press conference will go ahead as planned.
The Lost Gospel by Simcha Jacobovici and Barrie Wilson is published on Wednesday by Pegasus Books. To buy the book for £16.19 — 10 per cent off the usual price — plus free P&P, go to www.mailbookshop.co.uk Offer ends on November 25. The Lost Gospel will also be part of a documentary shown on the Science Channel in December.
Read more: http://www.dailymail.co.uk/news/article-2827310/Jesus-married-prostitute-Mary-Magdalene-two-children-lost-gospel-reveals.html#ixzz3IgzsnFKx
ABC NEWS
dailymail.co.uk

Posted by Pradeep Singh at 10:42 AM No comments:

TWO SONS OF SATANIC MAN-ABRAHAM- ARE ISLAM AND CHRISTIANITY

Posted by Pradeep Singh at 3:58 PM No comments: