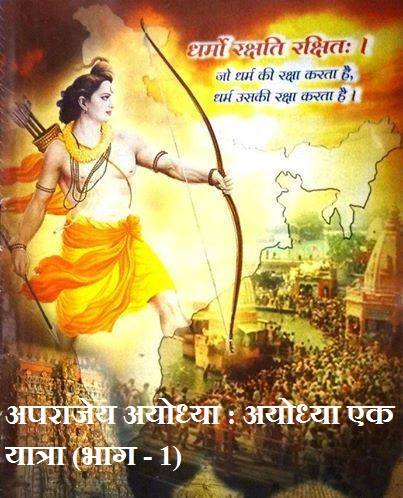 Are we afraid of the trurth?
-----------------------------------
1) As early as 1975, temple pillars were found in archaeological excavation at Babri site. They carried not only typical Hindu motifs and mouldings, but also figures of Hindu deities.
However, as soon as it was reported, all facilities were withdrawn and despite repeated requests the project was kept shut for 10-12 years

2) In July 1992, eight eminent archaeologists examined the findings which included religious sculptures and a statue of Vishnu, Shiva Parvati and numerous vaishnav deities.
3) The archaeologists also reported evidence of a large 10th century structure similar to a Hindu temple having pre-existed the Babri Masjid.
4) The findings also suggest that a Northern Black Polished Ware (NBPW) culture existed at the mosque site between 1000 BC and 300 BC.
These findings are corroborated by evidence provided by Canadian geophysicist Claude Robillard (who performed a search with a ground-penetrating radar.)
Thus, the excavations gave ample traces that there was a mammoth pre-existing structure beneath the three-domed Babri structure. It suggests a picture of a vast compound housing a sole distinguished and greatly celebrated structure used for divine purposes. Nothing has been found to prove the existence of residential habitation there.

However, the findings have been kept so hush hush that barely anyone in the country knows about them. Babri mosque is one of the many symbols of oppression of native Indian population in hands of the foreign invaders. It's a reminder of a grim genocide of Hindus in the name of Jihad. No country in this world preserves such symbols of shame as we have.
When the masses wanted it taken down, the governments went against the people and put barriers around the structure. In 1990, Kar Sevaks (volunteers for the cause) were shot down by thousands by then Mulayam government (justice continues to evade the victims till date while Mulayam and his ilk roam free).