Hindus are forcely converted to muslims and Govertment do not protect? Human rights organization?

In Pakistan, Hindus are forcibly converted, young girls are raped, kept , without interference by government and human rights and all news channel are silent. 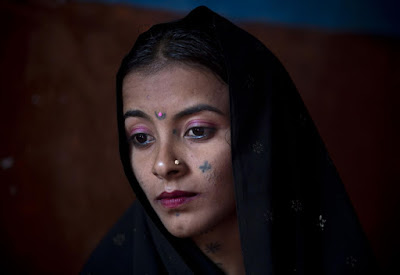 A Pakistani girl is snatched away, payment for a family debt

In this photo taken on Thursday, Dec. 1, 2016, Pakistani Hindu Jeevti sits in her husband's house in Pyaro Lundh, Pakistan. The night Jeevti disappeared, her family slept outside to escape Pakistan's brutal summer heat; in the morning she was gone, snatched by a wealthy landlord to whom her parents owed $1,000 dollars. She is one of the estimated 1,000 Christian and Hindu girls taken from their homes every year in Pakistan for supposed repayments of debt, most of them ending up married off to older men and forcibly converted to Islam. (AP Photo/B.K. Bangash)
It's a familiar story here in southern Pakistan: Small loans balloon into impossible debts, bills multiply, payments are never deducted.
In this world, women like Ameri and her young daughter are treated as property: taken as payment for a debt, to settle disputes, or as revenge if a landowner wants to punish his worker. Sometimes parents, burdened by an unforgiving debt, even offer their daughters as payment.
The women are like trophies to the men. They choose the prettiest and the young and pliable. Sometimes they take them as second wives to look after their homes. Sometimes they use them as prostitutes to earn money. Sometimes they take them simply because they can.
And like everything else in her life, as a Hindu in a Muslim country, as a woman who is among the poorest of the poor, she knows she will be powerless to stop it from happening.
"I went to the police and to the court. But no one is listening to us," Ameri says. She says the land manager made her daughter convert to Islam and took the girl as his second wife. "They told us, 'Your daughter has committed to Islam and you can't get her back.'"
___
Ameri works as a day laborer cutting sugar cane and feed for animals in Pakistan's southern Sindh province, a region dominated by powerful landowners whose holdings stretch for hundreds of acres.
Like Ameri, they're often indebted to the owner of the land on which they work, kept as virtual slaves until they pay back their debt, which almost never happens. 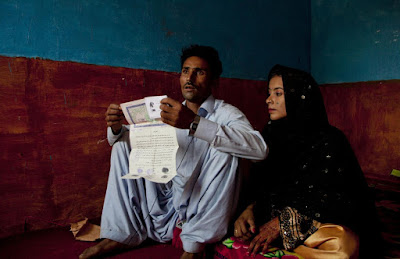 More than 2 million Pakistanis live as "modern slaves," according to the 2016 Global Slavery Index, which ranks Pakistan in the top three offending countries that still enslave people, some as farm workers, others at brick kilns or as household staff. Sometimes the workers are beaten or chained to keep them from fleeing.
"They have no rights, and their women and girls are the most vulnerable," says Ghulam Hayder whose Green Rural Development Organization works to free Pakistan's bonded laborers.
Employers sexually assault the women and girls, marry them, force them to convert, and rarely will the police intervene, he says. He recalls a case in which a husband accused a landowner of sexually assaulting his wife. The landowner held him for three days, beat him and released him with a warning to tell no one.
An estimated 1,000 young Christian and Hindu girls, most of them underage and impoverished, are taken from their homes each year, converted to Islam and married, said a report by the South Asia Partnership organization.
"They always take the pretty ones," Hayder says.
"So many girls, immature girls below the age of 18 years, mostly have been kidnapped," says Ramesh Kumar Vankwani of the Pakistan Hindu Council.
He says families are routinely threatened, and without police protection, they abandon their daughters.
Ameri, the mother, says she has been threatened by both the police and the man who took her daughter. She has gone to five different courts to get her daughter back, and failed each time. But she hasn't given up hope.
This is how muslim converted non muslims  and take advantage of being illiterate by thumb impression so court can be silent.
Pakistani girl enslaved debt-Original article