Billions of dollars recovered as Black Money in India 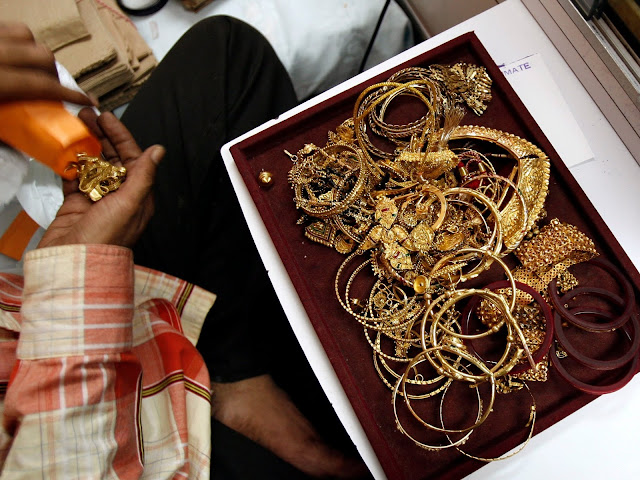 A family of four Indians told the government it had evaded tax on $29 billion of income. That fortune would make them wealthier than the nation’s richest man.But these amounts are suspicious and Income tax did not give them okay. Looks like terrorist-related money laundering- Per news in TOI The Ministry of Finance said the Income Tax (I-T) Department has rejected two sets of declarations of Rs 2,00,000 crore, and Rs 13,860 crore made under the Income Declaration Scheme.
The declaration of Rs 2 lakh crore was made by a family of four from Mumbai - headed by one Abdul Razzaque Mohammed Sayed - and the declaration of Rs 13,860 crore+ was made by Maheshkumar Champaklal Shah+ , a resident of Ahmedabad.These declarations were kept pending for investigation, and an enquiry revealed these the declarants were "persons of suspicious nature and very small means and the declarations could have been misused," the Finance Ministy said in a statement.
The Mumbai-based family including the patriarch, his wife, son and sister together declared 2 trillion rupees -- more than Mukesh Ambani’s $21 billion of wealth -- during a government program offering amnesty on undisclosed income, the Ministry of Finance said in a statement on Sunday. Another man from Prime Minister Narendra Modi’s home state of Gujarat revealed 138.6 billion rupees of illegal income, locally known as black money. Both the declarations were rejected, the ministry said.
“After due inquiry, it was found that these were persons of suspicious nature and very small means and the declarations could have been misused,” according to the statement. The department has since started a probe “to determine the intention behind these false declarations.”
Modi, who is attempting to fulfill his election pledge of unearthing black money, in September offered tax evaders an amnesty in exchange for a one-time levy of 45 percent on their income. That program led to a disclosure of 673.8 billion rupees of illegal income excluding the two cases rejected by the Finance Ministry. Modi last month invalidated 86 percent of the nation’s currency in circulation in yet another effort to root out illegal income stored in cash.
Mumbai’s Sayed family gave their address in an affluent Mumbai suburb, but older information with the tax authorities showed three of the four lived in the city of Ajmer, in the Indian state of Rajasthan, and their address had only been changed in September, according to Finance Ministry’s statement.
Mahesh Shah, from Ahmedabad in Gujarat, was questioned by tax officials on Sunday, NDTV reported citing a tax official. Shah had earlier told a local language TV channel that the money wasn’t his and that it belonged to various politicians, bureaucrats and builders, NDTV reported.
Bloomberg http://flip.it/rXVdd3
Posted by Decoding Hinduism at 9:03 AM