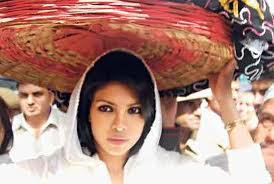 Sufis are considered as  messengers of god who believed in peace, harmony and nonviolence. But contrary to this we read many evidences of Sufis using all measures to convert Hindus towards Islam. From debates, stipends, grants, higher official posts, life threat, pardoning of life to brutal killings were main tools for them.
1. Gisu Daraz famous Chisti Sufi (born 30 July 1321 in New Delhi) learnt Sanskrit and acquired a knowledge of the Hindu epics in an attempt to refute the religious beliefs in Hinduism. He indulged in debates with Brahmins on the condition that whoever was beaten should embrace the religion of the victor. Gisu Daraz claimed to have defeated many Brahman scholars. 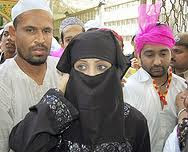 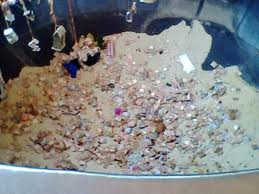 1.Shaikh Nur Qutb-i ‘ Alam and Saiyid Muhammad Ashraf Jahangir Simnani appealed Sultan Ibrahim Shah Sharqi to invade Bengal.
Shaikh Nur Qutb-i ‘ Alam believed in the traditional perso-islamic theory of kingship and taught his followers tom obey the sultan according to the prophet’s Hadis and the advice of leading Chisti saints. His relations with Sikander’s successor, Ghiyasu’d-din A’zam Shah, were cordial but he was distressed by the growing factionalism at court. A powerful party of Hindus and Muslims, led by Raja Ganesha, a local Hindu chief of Dinajpur in North Bengal began to dominate the government. After the death of Ghiyasu’d-din A’zam Shah, between 1410 and 1415, the Raja acted as king- maker and one after the other three puppets were elevated to the throne. During the reign of the last, Ala’u’d-Din Firuz Shah, Raja Ganesha was defacto ruler of Bengal. This prompted Nur Qutb-i ‘ Alam to write to Sultan Ibrahim Shah Sharqi of Jaunpur urging him to invade Bengal and in so doing restore the glory of Islam. Saiyid Muhammad Ashraf Jahangir Simnani also wrote a similar letter. In 1415 Sultan Ibrahim Shah Sharqi invaded Bengal but a peace was concluded in which Ganesha promised his son would convert to Islam before assuming the throne of Bengal.
(Ref. tabaqat-I-akbari, 3,p.265; gulshan-I ibrahimi, pp. 296-207; ghulam hussain salim, riyazu’s- salatin, Calcutta, 1890, pp.108-110, maktubat-I ashrafi (letter to sultan Ibrahim); mir’atu’l-asrar, ff.477b-79b; riyazu’s-salatin, pp.112-113)
2. Sheikh Ghaus of Shattariyya order of Sufis helped Babur to seize Gwalior fort.
For thirteen years and four months Shaikh Ghaus performed rigorous ascetic exercises in the caves of Chunar, near the Ganges in the modern district of Mirzapur in the U.P., and became known to the Muslim elite for his miraculous powers. He settled in Gwalior where he became very influential. In November 1526 he helped Babur’s army to seize the Gwalior fort, thereby winning the respect and confidence of the emperor.
(Ref. Beveridge, a.s.tr.Babur-nama, 2, reprint, New Delhi, 1970, pp. 539-540)
3. Saiyid Ahmad Shahid urged Muslims to help him in annihilation of Sikhs from northern India.
11 January 1827 he (Saiyid Ahmad Shahid) officiated at a ceremony of bay’a in which several thousand theologians, Sufis, leading citizens and common people in the northwest frontier pledged him their allegiance, after which they recited the khutba in his name. At the time Saiyid protested that as an Imam he was not commissioned to deprive the various sultans between Kabul and Bukhara of their states. They could continue to flourish in peace, he said, and would assert only his leadership in the question of bid’a (sinful innovations). However they were urged to offer him their military assistance in a jihad against the Sikhs.
(Ref. Muhammad ja’far thaneswari, ed. Maktubat-Saiyid Ahmad shahid, Karachi, 1969.no.14, 16)

1.Shah waliu’llah advised Indian Muslims to live so far from Hindu towns that they would be unable to see the light from the fires in Hindu houses.
(Ref. shah waliu’llah, hujjat Allah al – baligha, 1, Karachi, n.d. pp.468)
2. He (Makhdum Jahaniyan or Saiyid Jalalu’d-din Bukhari of Suhrawardiyya order) also sternly disapproved of giving Allah such Hindi names as Thakur (lord), Dhani (rich) and Kartar (creator)
(Ref. siraju’l-hidaya, f.64b)
Sufis praised Muslim invaders who killed millions of Hindus, plundered thousands of temples, raped countless mothers and sisters and sold Hindus in slave market of Kabul.
It is not surprising that Shah Waliu’llah considered sultan Mahmud of Ghazna (998-1030) Islam’s greatest ruler as he launched and sustained the first read conquest of northern India. His fame had a natural qualification- Mahmud was the greatest ruler after the khilafat-I-khass. Shah waliu’llah argued that in reference to Mahmud historians failed to recognize that his horoscope had been identical to the prophet’s and that this fact had enabled him to obtain significant victories in wars to propagate Islam.
(Ref. shah waliu’llah, qurrat al-a’ynain fi tafzil al-shaykhyn, Delhi, 1893, p.324.)
Sufis didn’t hesitate to say lie for personal benefits
When mughal emperor aurangzib imprisoned his own son Shah Alam, his other son prince Azam shah believed that if Shah Alam were killed his accession to the throne would not prove too difficult. So Azam shah started hatching plots, using a Shaikh from Sirhind to whom the emperor was greatly attached. Azam deposited with a banker 900,000 rupees in name of the Sirhind Shaikh, on the condition that the latter incite the emperor to execute Shah Alam. The Shaikh informed the emperor that Shah Alam was an evil man who should receive the death penalty and that such knowledge had been given to him by the prophet. Owing to the seriousness of this accusation the emperor requested the Shaikh to mystically consult the prophet again, only to be told that the orders were final. The following morning the Shaikh called on the emperor, urging him against a delay in carrying out the express command of the prophet. Aurangzib summoned Sidi Faulad the kotwal, to whom he delegated complete responsibility in the handling of the matter. Sidi Faulad summoned every prominent banker in the imperial camp with their diaries and account books. The note about the plot hatched by Azam shah was found.
(Ref. HSI by SAA Rizvi, vol.2, pp.370-371)
NOW WITH THE ABOVE REFERENCES AND FACTS ITS VERY CLEAR THAT SUFIS ONLY MOTIVE WAS TO CONVERT HINDUS TO ISLAM AS FOR THEM HINDUS AREKAFIRS.ITS MASS MEDIA WHICH IS PROJECTING IMAGE OF SUFIS AS SECULAR BUT TRUTH IS TOTALLY OPPOSITE TO IT.
Posted by vedic wisdom  Dr Vivek Arya
Posted by Pradeep Singh at 8:13 PM