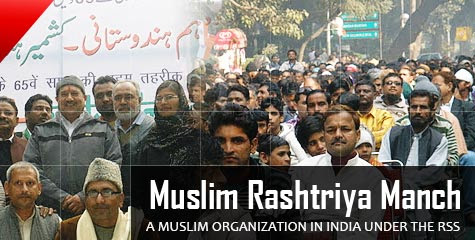 For over eight decades, RSS has been working for empowering India with a nationalist agenda despite all the calumny against it. A fresh example of the same has appeared with reference to Kashmir. Some would know that Indresh Kumar, a senior RSS functionary, who’s been with the RSS since 1959, had founded Muslim Rashtriya Manch (MRM), an organisation of nationalist Muslims with a motive to bring Muslims in national mainstream. Indresh Kumar, who graduated with highest honours from Punjab Engineering College in Mechanical Engineering, didn’t take up a job to serve the nation. MRM has been the result of his tireless efforts and commitment towards the nation. However, his efforts and accomplishments were never reported by the mainstream media. If at all they were reported, that was in a demeaning manner. MRM had in the past collected the signatures of a million muslims to oppose cow-slaughter. But terrified of the growing influence of an RSS functionary among Muslims, Congress led government tried to frame him in the Mecca Mosque blast case and used the CBI for the same. This all notwithstanding, MRM’s activities went on and on, and now, the results are showing bright and beautiful
READ MORE- RSS MAGIC IN JAMMU AND KASHMIR.

Email ThisBlogThis!Share to TwitterShare to FacebookShare to Pinterest
Labels: ARTICLE 370, JAMMU AND KASHMIR