Islam is a war based cult not even religion

Islam has declared war on all of humanity since its inception. The arabs were the first victims of Islam and mohammad. The problem is the west and other non muslim societies refuse to admit the horrible truth that islam is the root cause of all terror and wars. The enemy is not ISIS or boko haram or taliban or alQaeda....it is Islam.  Sun Tzu the brilliant ancient chinese general said in "the art of war " (  孫子兵法 ) ...if you do not know your enemy you will lose the war !   In america you cannot even name the enemy LOL
Even our lexicon is all wrong. We say things like...... Ohhh Syed Farook is a radical muslim that is why he killed innocent disabled infidel americanos in San Bernardino...........it is Radical Islam that we have to watch out for.
This implies that there is a benign version of Islam ...one which teaches love for their neighbours and even love for their enemies. Respect and equality for women.  Freedom to accept or leave islam without dire repercussions ( such as being beheaded lol ), acceptance and equality for gays and lesbians and transgenders ( uuuh not throwing them off the roof of tall buildings would suffice for starters lol ), Not calling jews and christians discendants of pigs and apes ( do U know of any other religion that resorts to calling names in their sacred texts ? LOL duuuuh ), Rejecting the tenet that hindus and buddhists and other 'pagans' should be killed immediately if they dont convert to islam ( only jews and christians have the option of becomming dhimmis ), Separation of mosque and state etc etc.... WELL DO U KNOW OF ANY SUCH NON-RADICAL MODERATE ISLAM THAT TEACHES THE FOREGOING TENETS?...DO YOU ???????? !!!!
THE KORAN SPECIFICALLY COMMANDS MUSLIMS  THUS :  " DO NOT TAKE THE JEWS AND CHRISTIANS ( and other unbelievers ) AS FRIENDS OR ELSE YOU WILL BECOME LIKE THEM  ( ..and allah will caste you out and hell fire will be your lot )
Of course islam hides under the protection of ' religion' when in reality only 10% of islam is religion ( rites and rituals ) and the other 90% is poltical ideology and totalitarianism or fascism of the worst kind .
Please browse thro this excellent site , bookmark and share with the still sizeable clueless infidel communty out there who thro their ignorance are serving as useful idiots aiding and abetting the proliferation of Islam in free societies !
http://www.targetofopportunity.com/islam.htm
http://www.qsociety.org.au/opposing_islam.htm
http://islam4infidels.com/Muslims know. At some point, everyone will know about these groups.

As you can see, the Muslim Brotherhood is a far reaching network with many sub-organizations. 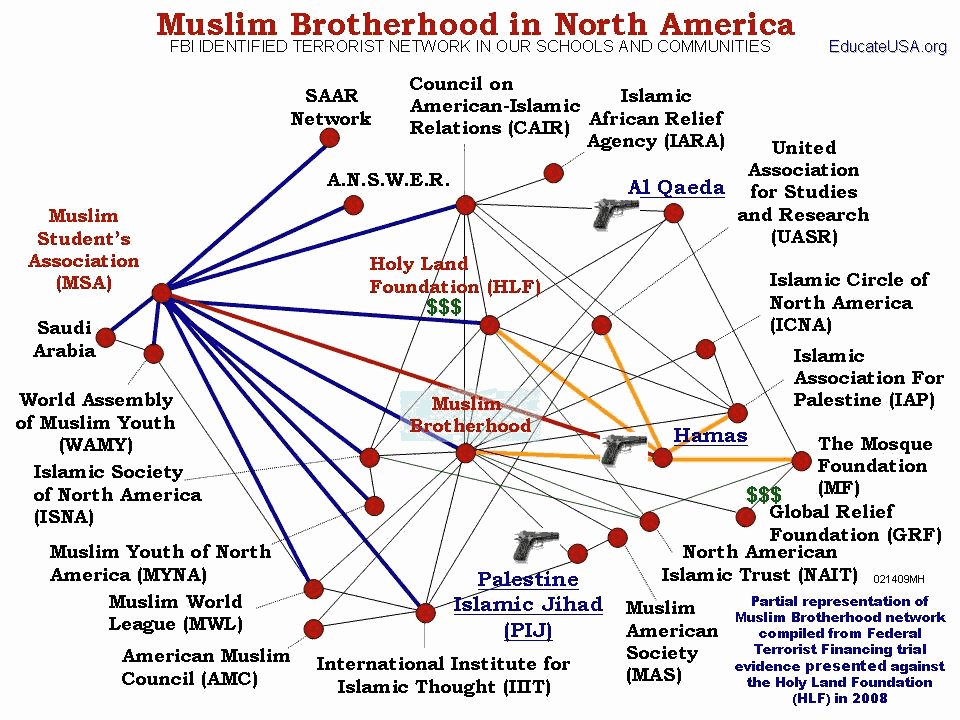 The Muslim Brotherhood is a far reaching network with many sub-organizations. They maintain control of many Islamic organizations. 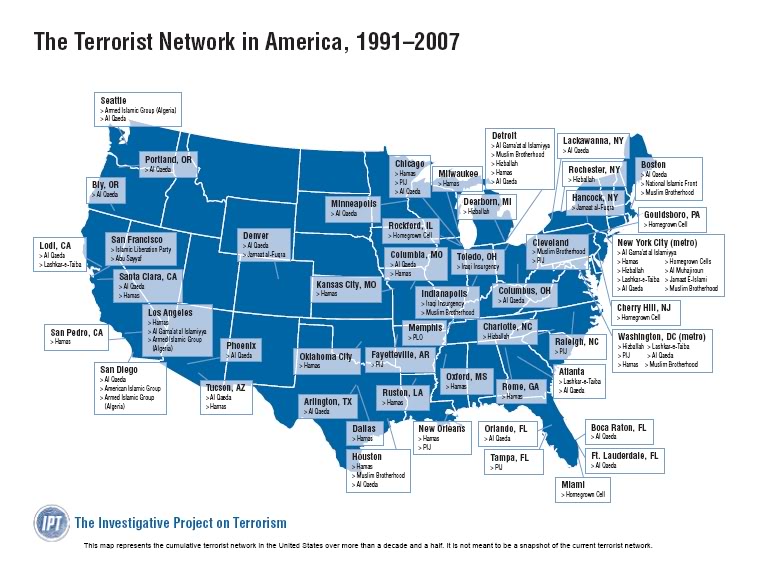 Posted by Pradeep Singh at 7:18 AM