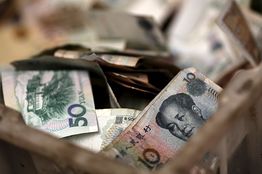 India’s rupee “is destined to become one of the great new reserve currencies of the world.”

So says Ashmore research head Jan Dehn as he compares China’s latest central bank rate cut and India in research today. He thinks the Indian rupee has the potential – like the Renminbi – to become a global reserve currency sooner than expected. As China struggles with its debt burden and slowing economy, he says:


China “is making intelligent use of the disinflation caused by economic reforms and a strong currency to allow real interest rates to drift higher, even as it slowly cuts policy rates. This strategy is part of a wider set of reforms aimed at bringing domestic interest rates into equilibrium as the capital account is gradually liberalized. The combination of a strong currency, disinflation, extremely strong technicals and high real yields makes China’s bond market attractive.”

Meanwhile, Indian legislators are making progress on approving a pan-Indian goods and services tax (GST) to will indirect taxes levied by the central government and states. This will dramatically improve economic efficiency and the central government’s fiscal situation, Dehn notes. He adds:


“In another positive development, Prime Minister Modi has backed the central bank (RBI) in its turf war with the finance ministry over the right to regulate bond markets and manage public debt. The RBI, under the leadership of Governor Raghuram Rajan, has been instrumental in the re-establishment of investor confidence in India. There have also been significant improvements in the fiscal management under Finance Minister, Arun Jaitley, but the fiscal stance has historically posed the larger threat to macroeconomic stability in India. This is why it is so important that regulation stays with the RBI, in our view. 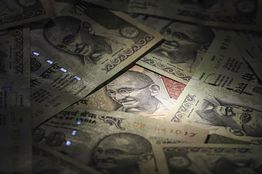 We think that the Indian rupee has the potential – like the Renminbi – to become a global reserve currency sooner than expected. The world will need new reserve currencies as the QE economies gradually succeed in converting their excessive debt into inflation problems (with negative ramifications for their currencies). Having won the turf war over regulation, we think the RBI will now slowly move towards making the INR freely convertible …  Rajan is slowly but steadily pushing India towards capital account liberalization. Bond quotes are being made more flexible, Indian companies are being allowed to issue INR denominated debt abroad, Indian banks are being recapitalized and local currency government debt is being made Euroclearable. The INR is destined to become one of the great new reserve currencies of the world, albeit over a much longer time frame than, say, the Renminbi. The RBI is the best placed institution to oversee this process, including the establishment of an efficient and modern regulatory regime to ensure that liberalization serves the national interest rather than special interests …”

Posted by Decoding Hinduism at 11:29 AM

Email ThisBlogThis!Share to TwitterShare to FacebookShare to Pinterest
Labels: rupee