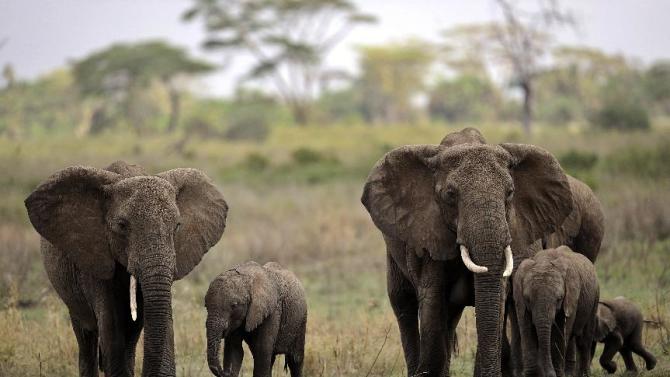 “A toxic blend of governance failures, corruption and criminality” are ultimately responsible for the poaching of Tanzania’s elephants, the Environmental Investigation Agency said. The population has fallen by 50% in seven years:
Xi’s entourage on the Tanzania trip, according to the Chinese government, included just four people: 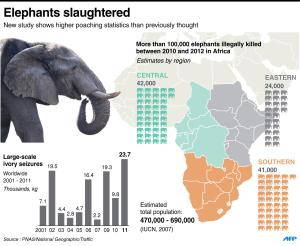 Officials traveling with the president aren’t the only ones accused of smuggling ivory out of Tanzania. During a four-day “goodwill visit” by a Chinese naval task force in December of 2013, one Tanzanian dealer boasted he made $50,000 in sales to the visiting military. During the same visit Chinese trader named Yu Bo was detained (pdf pg. 21) with 81 tusks he was trying to deliver to “mid-ranking naval officers.” Yu was sentenced to 20 years in jail.

Chinese government officials are huge buyers of ivory in Tanzania, according to a report from a London environmental group, and are partially responsible for the country’s decimated elephant population. Officials were so brazen that they allegedly loaded ivory into diplomatic pouches on the presidential plane carrying Xi Jinping during a 2013 visit. 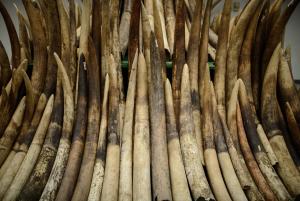 Earlier this year, China’s ambassador to Tanzania publicly bemoaned his countrymen’s lust for illegal ivory, complaining that Chinese nationals were smuggling ivory out of Tanzania in the hoods of cars and even their undergarments. Yu’s sentencing has been widely reported by international news agencies like the AFP.

A Chinese national named Yu Bo was arrested during the naval visit as he attempted to enter the city's port in a lorry containing 81 elephant tusks -- hidden under wooden carvings -- which he planned to deliver to two mid-ranking Chinese naval officers, the EIA said.
Yu was convicted by a local court in March and sentenced to 20 years in jail, it added.
- Key China ally -
Tanzania, which has large reserves of natural gas, is a key ally of China in East Africa, and its President Jakaya Kikwete reportedly signed deals with the Asian giant worth $1.7 billion while on a visit to Beijing last month
Tanzania had about 142,000 elephants when Kikwete took office in 2005, the EIA said, adding that by 2015 the population is likely to have plummeted to about 55,000 as a result of poaching.
Police found 706 ivory tusks weighing over 1.8 tonnes at a house in Dar es Salaam last November, along with three Chinese nationals who were detained at the scene after trying to pay a $50,000 bribe, the EIA said.

Posted by Pradeep Singh at 7:17 AM