WHAT IS CIA AND FORD FOUNDATION

The CIA uses philanthropic foundations as the most effective conduit to channel large sums of money to Agency projects without alerting the recipients to their source. From the early 1950s to the present the CIA’s intrusion into the foundation field is huge. A U.S. Congressional investigation in 1976 revealed that nearly 50% of the 700 grants in the field of international activities by the principal foundations were funded by the CIA. The CIA considers foundations such as Ford“The best and most plausible kind of funding cover”. The collaboration of respectable and prestigious foundations, according to one former CIA operative, allowed the Agency to fund “a seemingly limitless range of covertaction programs affecting youth groups, labor unions, universities, publishing houses and other privateinstitutions”. The latter included “human rights” groups beginning in the 1950s to the present. One of the most important “private foundations” collaborating with the CIA over a significant span of time in major projects in the cultural Cold War is the Ford Foundation.


Ford Foundation possessed over $3 billion in assets by the late 1950s the The leaders of the Foundation were in total agreement with Washington’s post-WWII projection of world power. A noted scholar of the period writes:
“At times it seemed as if the Ford Foundation was simply an extension of government in the area of international cultural propaganda. The foundation had a record of close involvement in covert actions inEurope, working closely with Marshall Plan and CIA officials on specific projects”. This is graphicallyillustrated by the naming of Richard Bissell as President of the Foundation in 1952. In his two years inoffice Bissell met often with the head of the CIA, Allen Dulles, and other CIA officials in a “mutual search” for new ideas. In 1954 Bissell left Ford to become a special assistant to Allen Dulles in January 1954. Under Bissell, the Ford Foundation (FF) was the “vanguard of Cold War thinking”.
LINK TO MY OTHER ARTICLE-Arvind kejariwal is AK47 to kill Indian industry.
In 1954 the new president of the FF was John McCloy. He epitomized imperial power. Prior to becoming
president of the FF he had been Assistant Secretary of War, president of the World Bank, High Commissioner of occupied Germany,
chairman of Rockefeller’s Chase Manhattan Bank, Wall Street attorney for the big seven oil companies and director of numerous corporations. As High Commissioner in Germany, McCloy had provided cover for scores of CIA agents.

From its very origins there was a close structural relation and interchange of personnel at the highest
levels between the CIA and the FF. This structural tie was based on the common imperial interests which
they shared. The result of their collaboration was the proliferation of a number of journals and access
to the mass media which pro-U.S. intellectuals used to launch vituperative polemics against Marxists and
other anti-imperialists. The FF funding of these anti-Marxists organizations and intellectuals provided
a legal cover for their claims of being “independent” of government funding (CIA).
One prominent journalist, Andrew Kopkind, wrote of a deep sense of moral disillusionment with the
private foundation-funded CIA cultural fronts. Kopkind wrote
In the current period of a major U.S. military-political offensive, Washington has posed the issue as “terrorism or democracy,” just as during the Cold War it posed the question as “Communism or Democracy.” In both instances the Empire recruited and funded “front organizations, intellectuals and journalists to attack its anti-imperialist adversaries and neutralize its democratic critics. The Ford Foundation is well situated to replay its role as collaborator to cover for the New Cultural Cold War.
“The distance between the rhetoric of the open society and the reality of control was greater than anyone thought. Everyone who went abroad for an American organization was, in one way or another, awitness to the theory that the world was torn between communism and democracy and anything in betweenwas treason. The illusion of dissent was maintained: the CIA supported socialist cold warriors, fascist cold warriors, black and white cold warriors. The catholicity and flexibility of the CIA operations were major advantages. But it was a sham pluralism and it was utterly corrupting”.

India had been sucked into the spiral of this Cultural Cold War since a long time. However with the US
economy already struggling and the EU falling like dominos; it is again the East where the West would anchor
it’s sinking ship of so called Exceptionalism that fuels the Western Civilization. The game on the
Indian side is very well crafted and carried out through CIA’s Trojan Horse which has entered into the
heart of Indian Politics – Delhi.


The Ford Foundation, which completes six decades in India next year, provides a continuing flow of
grants to institutions, think-tanks, civil society, and even farmer groups, to carry out research and
advocacy work. The sums are not inconsequential—about $15 million (about Rs 70 crore) a year. And the
recipients—320 grants, over the past four years—are the who’s who of civil society and advocacy groups
in India.

Its representative, Steven Solnick, said the Foundation’s last installment to Kabir (an NGO run by Arvind Kejriwal and Manish Sisodia) was in 2010. “Our first grant to the NGO was of $1,72,000 in 2005 ; the second was in 2008 of $1,97,000,” he told business standard-Read middle portion. Kejri accepts funding
Kabir, run by Arvind Kejriwal and Manish Sisodia, key figures in AAP(Aam Aadmi Party), has received $400,000 from the Ford Foundation in the last three years.
Link for $197,000 – now removed by Ford. Refer screenshot of the same below.
http://www.fordfoundation.org/grants/grantdetails?grantid=107117

Interestingly, a major part of the funding to an organisation that is prominent in the “War against corruption” has come from abroad and mainly from the United States. Apar from the UNDP, Ford Foundation and the India Friends Association are US-based organisations, while PRIA and Association for India’s Development are headquartered in Asia.

The foundation, on its part, makes no bones about its neo-liberal agenda, broadly pro-market, seeking
accountability in governance, and promoting marginalised groups. It funds a small number of
institutions, but chooses effectively. At a post-budget meeting two years back, it was noted that all
the think-tanks represented (NCAER, NIPFP, ICRIER and the Centre for Policy Research) on the dais
received grants from the foundation. Academicians and scholars from these think-tanks are regularly
consulted by the government on various policy issues.

On whether the views of these intellectuals actually get reflected in subsequent policies, Planning Commission deputy chairman Montek Singh Ahluwalia declines to comment. “I don’t really have a view on it,” he says. He does, however, concede that India’s association with the foundation “is something that has been on for a long time”.
Moreover, three of core members ( Arvind Kejriwal, Kiran Bedi and Manish Sisodia) are also Magsaysay award winners which are endowed by the Ford Foundation and Rockefeller.

As far as the Magsaysay Award winners are concerned, this award is an American award for Asians established and funded by the Rockefeller Foundation ostensibly in memory of Ramon Magsaysay, the former President of Philippines.
According to well-placed sources in the U. S. Intelligence community opposed to the State Department’s policy toward the Philippines, $30 million in covert funds was supplied to the Philippine opposition to help finance its presidential campaign. This $30 million was laundered through Hong Kong, where the money was converted into the Philippine peso at the black market rate of 20 pesos to the dollar.
Philippine sources reported that the money had, been in part funneled into the CIA-controlled citizens elec­tion watch group, called Namfrel , the National Movement for a Free Election, which was originally created in 1953 in order to bring Ramon Magsaysay into power. Namfrel was central in the State Department’s policy of intervening into the Philippines election.
In 1957, the Rockefeller Foundation established the Ramon Magsaysay Prize for community leaders in Asia. It was named after Ramon Magsaysay, president of the Philippines, a crucial ally in the US campaign against Communism in Southeast Asia. In 2000, the Ford Foundation established the Ramon Magsaysay Emergent Leadership Award. The Magsaysay Award is considered a prestigious award among artists, activists and community workers in India. M.S. Subbulakshmi and Satyajit Ray won it, so did Jayaprakash Narayan and journalists, P. Sainath. In general, it has become a gentle arbiter of what kind of activism is “acceptable” and what is not. In reality the award is the living memory of the dictatorial president of Philippines known for the murder of thousands of communist guerrillas during the Huk Rebellion under US-planned anti-communist counter-insurgency operations. It explains the silence of the anti-corruption group against corporations and the private sector.
For more details read : CIA manipulation of 1953 elections
This perfectly fits in with a recent shift in the US policy of association with India, which is now focusing on building state-to-state partnerships by “engaging Indian state and local leaders” throughout the country on “topics of mutual interest”. Civil society groups and think-tanks are expected to play an important role in this. As Prof Anil Gupta of IIM-Ahmedabad observes, “Their influence is far beyond what is recognized, and not always benign.”
Should NGOs receiving grants from international agencies like the Ford Foundation and others be barred from participating in the shaping of public policy?
And are these civil society groups working as stooges of the West to execute an “American agenda” ?
These are the question the Aam Aadmi has to answer.


Not the copyrighted ones; but the real Aam Aadmi.
References :Link to my other article of ISI agent is AAP,AAP LINK WITH ISI,KEJRIWAL,CIA,
—————
The Cultural Cold War: The CIA and the World of Arts and Letters 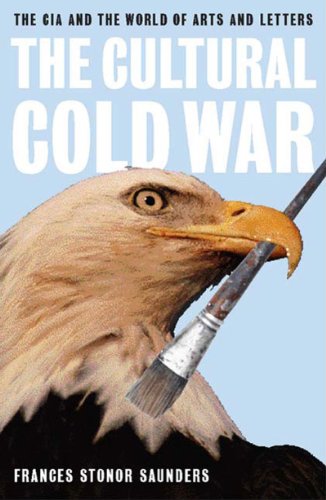